Here at Burns Feed Store, we offer one of the best selections of spices and rubs to help create the best tasting meat on your Traeger. We confidently sell top name products knowing they will not disappoint!! Come in and check out all the options ranging from local Oregon brands to the top out of state companies. If you have any questions, come ask Troy for his expertise!! 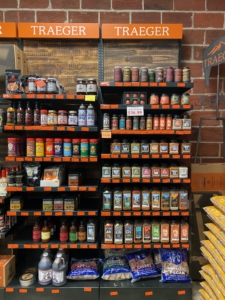 Traeger Invented the Original Wood-Fired Grill over 30 years ago in Mt. Angel, Oregon. We continue to

lead the industry as the world’s #1 selling wood-fired grill, perfected by decades of mastering the craft of wood-fired cooking. A Traeger grill will transform the way you cook because it creates consistent results, every single time. Fuel your hunger for wood-fired flavor with Traeger.

A barbeque legend and great friend to many, Bill Arnold is the man behind the now famous Blues Hog Barbecue Sauce. Raised by his grandmother just outside of Memphis, Tennessee, Bill’s passion for cooking came at an early age. Racing past the clothes hung on the line and down where the locals had gathered to make “squirrel stew”, a young Bill would watch for hours as the hickory slabs were turned under the barrels and the “stew” was churned with a boat paddle.

“One night at a cook, around two in the morning, I was headed to bed. Wasn’t asleep for more than 10 minute when someone ran in and shouted, “Bill! You need to cook the hog!” Someone had brought a dog over and began to fight with another dog. Bailey, who was cooking, tried to separate them, but was bitten and lost this thumb! With Bailey rushed to the hospital, it was my duty to man the fire and turn the hog. Around the fire. A Yankee grabbed his fiddle and began to play, and as I swayed to the music, he said, “Look at that Blues Hog, flipping that hog!” That when it stuck! Blues Hog Barbecue!”

Now you can find our ingredients and blends in retail greats, homes and grills across the globe and on the kitchen shelves of some of the culinary world’s greatest chefs. 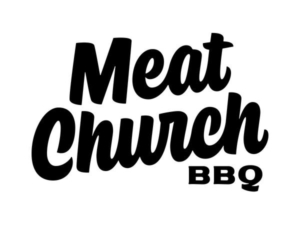 The Pittman’s hail from the great state of Texas where our love of BBQ runs deep. Matt grew up cookin’ and learning from his Grandma June in Alabama and has spent his life around food ever since. Matt got seriously involved in the BBQ space after taking a trip to Central Texas to taste the real stuff. One bite of salt & pepper brisket and he was hooked. From there on out, BBQ became his lifestyle. Matt would soon get smoke deep into the BBQ lifestyle and begin doing it professionally. Between competing in BBQ competitions, hosting classes, to being the king of Dallas Cowboy tailgates, Pittman became a seasoned pro. 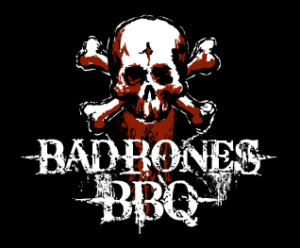 we create tantalizing bold flavors with our own sauces, rubs, injections and marinades. We travel the pacific Northwest and the United States competing and perfecting our craft. But it’s not just BBQ we do!